Endocrine Disrupting Chemicals: What to Tell Your Patients 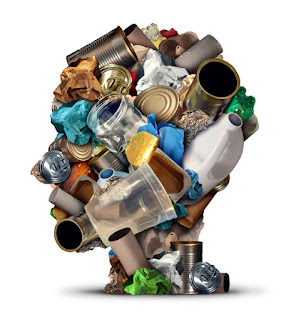 Within the long list of synthetic chemicals, Endocrine Disrupting Chemicals (EDCs) is a subgroup that receives (and deservedly so) considerable attention. By definition, any chemical that can interfere with our endocrine system and adversely impact any aspect of hormone action is considered an EDC. Also referred to as hormone-disruptors, these chemicals mimic or antagonize normal hormone signaling to produce adverse effects on development, reproduction, and immune signaling, among other physiologies. Although hundreds of man-made and natural substances can cause endocrine disruption, there are several classes that are especially studied, including plasticizers (e.g., bisphenol A, phthalates), pesticides (e.g., DDT and atrazine), dioxin and dioxin-like compounds (e.g., TCDD), and polychlorinated/polybrominated biphenyls (e.g., PCBs). Combined, these EDCs have been found in a wide array of consumer products, such as plastic bottles, detergents, flame retardants, food, toys, cosmetics, pesticides, and metal food cans.

In support of these conclusions, a recent report in the Lancet estimates that the United States spends more than $340 billion each year on health care related to EDC exposure and that almost 13 million IQ points are lost due to hormone-disrupting chemicals.2 The authors warn that flame retardant chemicals (PBDEs) are the worst culprits, causing $268 billion in health care spending and the loss of 11 million IQ points. As a reference, despite the population of the European Union being nearly twice that of the United States, the authors estimate that health care costs for PBDEs to be only $12.6 billion, demonstrating a sharp improvement in health when PBDEs are not widely used in consumer products. Finally, the authors opine that 4,400 cases of attention-deficit/hyperactivity disorder and about 1,500 cases of autism per year can be attributed to exposure to hormone-disrupting chemicals.