Is Alzheimer's caused by a dormant infection woken up by an immune system stress? 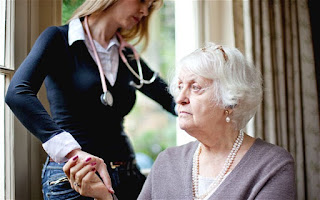 The worldwide team of 31 senior scientists and clinicians, which include specialists from Oxford, Cambridge, Edinburgh and Manchester Universities and Imperial College, have written an editorial which suggests that microbes are the major cause of dementia.

But in an editorial in the Journal of Alzhimer’s Disease, it is suggested that it is a viral or bacterial infection which triggers the plaque build-up in the first place. Targeting them specifically with antimicrobial drugs could halt dementia.

Professor Douglas Kell of the University of Manchester’s School of Chemistry, said “We are saying there is incontrovertible evidence that Alzheimer’s Disease has a dormant microbial component. We can’t keep ignoring all of the evidence.”

The authors say that viruses and bacteria are common in the brains of elderly people, and although they are usually dormant, they can ‘wake up’ after stress or if the immune system is compromised. Around two thirds of people will acquire the herpes virus at some point in their lives, and many will not realise they have it.

Professor Resia Pretorius of the University of Pretoria, who worked with Prof Kell on the editorial, said “The microbial presence in blood may also play a fundamental role as causative agent of systemic inflammation, which is a characteristic of Alzheimer’s disease.

“Furthermore, there is ample evidence that this can cause neuroinflammation and plaque formation.”

Dementia charities said they had noticed that viruses and bacteria were more common in people with Alzheimer's disease.

Dr James Pickett, Head of Research at Alzheimer’s Society said: “A large number of different microbes including viruses, bacteria and fungi have been found in the brains of older people - but there do appear to be more of them in the brains of people who have died with Alzheimer’s disease."

While these observations are interesting and warrant further research, there is currently insufficient evidence to tell us that microbes are responsible for causing Alzheimer’s disease in the vast majority of cases. We would like to reassure people that there remains no convincing evidence that Alzheimer’s disease is contagious or can be passed from person to person like a virus.