Are You a Toxic Waste Disposal Site? 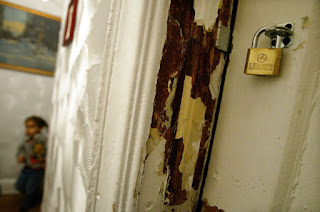 EVEN if you’re not in Flint, Mich., there are toxic chemicals in your home. For that matter, in you.

Scientists have identified more than 200 industrial chemicals — from pesticides, flame retardants, jet fuel — as well as neurotoxins like lead in the blood or breast milk of Americans, indeed, in people all over our planet.

These have been linked to cancer, genital deformities, lower sperm count, obesity and diminished I.Q. Medical organizations from the President’s Cancer Panel to the International Federation of Gynecology and Obstetrics have demanded tougher regulations or warned people to avoid them, and the cancer panel has warned that “to a disturbing extent, babies are born ‘pre-polluted.’”

They have all been drowned out by chemical industry lobbyists.

So we have a remarkable state of affairs:

“I cannot imagine that Zika virus will damage any more than a small fraction of the total number of children who are damaged by lead in deteriorated, poor housing in the United States,” says Dr. Philip Landrigan, a prominent pediatrician and the dean for global health at the Icahn School of Medicine at Mount Sinai.

“Lead, mercury, PCBs, flame retardants and pesticides cause prenatal brain damage to tens of thousands of children in this country every year,” he noted.

Yet one measure of our broken political system is that chemical companies, by spending vast sums on lobbying — $100,000 per member of Congress last year — block serious oversight. Almost none of the chemicals in products we use daily have been tested for safety.

Maybe, just maybe, the crisis in Flint can be used to galvanize a public health revolution.

In 1854, a British doctor named John Snow started such a revolution. Thousands were dying of cholera at the time, but doctors were resigned to the idea that all they could do was treat sick patients. Then Snow figured out that a water pump on Broad Street in London was the source of the cholera. The water company furiously rejected that conclusion, but Snow blocked use of the water pump, and the cholera outbreak pretty much ended.

This revelation led to the germ theory of disease and to investments in sanitation and clean water. Millions of lives were saved.

Now we need a similar public health revolution focusing on the early roots of many pathologies.

For example, it’s scandalous that 535,000 American children ages 1 to 5 still suffer lead poisoning, according to the Centers for Disease Control and Prevention. The poisoning is mostly a result of chipped lead paint in old houses or of lead-contaminated soil being tracked into homes, although some areas like Flint also have tainted tap water.

While the data sets are weak, many parts of America have even higher rates of child lead poisoning than Flint, where 4.9 percent of children tested have had elevated lead levels in their blood. In New York State outside New York City, it’s 6.7 percent. In Pennsylvania, 8.5 percent. In part of Detroit, it’s 20 percent. The victims are often poor or black.

Infants who absorb lead are more likely to grow up with shrunken brains and diminished I.Q. They are more likely as young adults to engage in risky sexual behavior, to disrupt school and to commit violent crimes. Many researchers believe that the worldwide decline in violent crime beginning in the 1990s is partly a result of lead being taken out of gasoline in the late 1970s. The stakes are enormous, for individual opportunity and for social cohesion.

Fortunately, we have some new Dr. Snows for the 21st century.

A group of scholars, led by David L. Shern of Mental Health America, argue that the world today needs a new public health revolution focused on young children, parallel to the one mounted for sanitation after Snow’s revelations about cholera in 1854. Once again, we have information about how to prevent pathologies, not just treat them — if we will act.

The reason for a new effort is a vast amount of recent research showing that brain development at the beginning of life affects physical and mental health decades later. That means protecting the developing brain from dangerous substances and also from “toxic stress” — often a byproduct of poverty — to prevent high levels of the stress hormone cortisol, which impairs brain development.

A starting point of this public health revolution should be to protect infants and fetuses from toxic substances, which means taking on the companies that buy lawmakers to prevent regulation. Just as water companies tried to obstruct the 19th-century efforts, industry has tried to block recent progress.

Back in 1786, Benjamin Franklin commented extensively on the perils of lead poisoning, but industry ignored the dangers and marketed lead aggressively. In the 1920s, an advertisement for the National Lead Company declared, “Lead helps to guard your health,” praising the use of lead pipes for plumbing and lead paint for homes. And what the lead companies did for decades, and the tobacco companies did, too, the chemical companies do today.

Lead poisoning is just “the tip of the iceberg,” says Tracey Woodruff, an environmental health specialist at the University of California at San Francisco. Flame-retardant chemicals have very similar effects, she says, and they’re in the couches we sit on.

The challenge is that the casualties aren’t obvious, as they are with cholera, but stealthy and long term. These are silent epidemics, so they don’t generate as much public alarm as they should.

“Industrial chemicals that injure the developing brain” have been linked to conditions like autism and attention deficit hyperactivity disorder, noted The Lancet Neurology, a peer-reviewed medical journal. Yet we still don’t have a clear enough sense of what is safe, because many industrial chemicals aren’t safety tested before they are put on the market. Meanwhile, Congress has dragged out efforts to strengthen the Toxic Substances Control Act and test more chemicals for safety.

And that’s why we need another public health revolution in the 21st century.