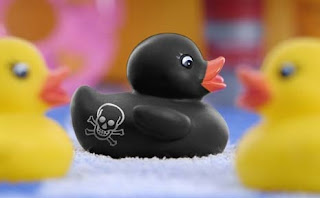 In women who conceive using assisted reproductive technologies, there is an association between pregnancy loss and elevated urinary concentrations of endocrine-disrupting chemicals, known as phthalates, new research indicates.

Phthalates are found in many plastic food and beverage containers, cosmetics, and toys, and can be detected in the urine of more than 95% of the population in the United States, said lead investigator Carmen Messerlian, PhD, from the Harvard T.H. Chan School of Public Health in Boston.

Dr Messerlian presented findings from the study, the first to report this adverse association, as a prize paper here at the American Society for Reproductive Medicine 2015 Annual Meeting.

EARTH Study
The team used data from the Environmental and Reproductive Health Study (EARTH), a prospective cohort study of couples who received infertility treatment at Massachusetts General Hospital from 2004 to 2012.

In the 256 women involved in the study, there were 303 pregnancies. Of these, 73% used in vitro fertilization and 27% used intrauterine insemination.

Each woman provided two urine samples — one before embryo transfer and one on the day of transfer — which were assessed for four metabolites of di(2-ethylhexly)phthalate at the Centers for Disease Control and Prevention.

Specifically, the rate of biochemical pregnancy loss was significantly higher when levels of urinary phthalates were in the highest quartile than when they were in the lowest quartile (17% vs 4%; P < .05).

We can reduce exposure by avoiding plastic dishes and reducing the use of cosmetics.