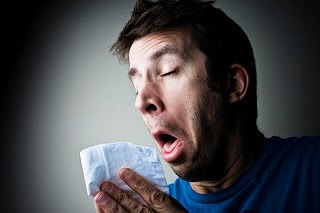 This virus is causing a lot of problems right now (in addition to rotavirus). The flu virus gets a lot of attention, but not this very common one (estimated to be the #2 most common respiratory virus). It is not just in kids as some sources report.

Most people with hMPV infection have mild symptoms. But some people have more severe illness, with wheezing, difficulty breathing, hoarseness, cough, pneumonia, and a flare-up of asthma." 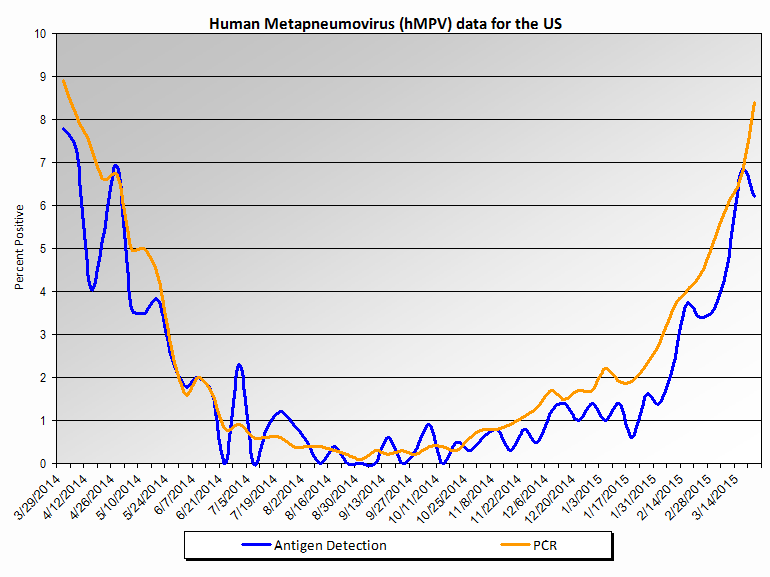 In general, HMPV infection can not be distinguished from other respiratory viruses on clinical grounds only. Adult patients with an HMPV infection might be asymptomatic or might have symptoms ranging from mild upper RTI symptoms to severe pneumonia. Most patients present with cough, nasal congestion and dyspnoea. Purulent cough, wheezing, sore throat, fever, pneumonia, bronchi(oli)tis, conjunctivitis and otitis media are other reported symptoms. Li et al. described a HMPV infection in an immunocompetent adult presenting as a mononucleosis-like illness. Adults with HMPV infection were less likely to report fever in contrast to adults with RSV or influenza infection. In addition, adults with an HMPV infection presented more often with wheezing compared to adults with RSV or influenza [9]. Falsey et al. showed that this is mainly in the elderly population (>65 years). Elder patients also showed more dyspnoea compared to younger adults. Young adults with HMPV infection had greater complaints of hoarseness. In the frail elderly patients, the patients with pulmonary or cardiovascular disease and immunocompromised patients, infections can be severe.

Compared to RSV and influenza, similar rates of intensive care unit (ICU) admission, mechanical ventilation, length of stay for hospitalization and length of stay in ICU were seen for HMPV infection in adults.