No, There Is no Such Thing as ADHD | Psychology Today 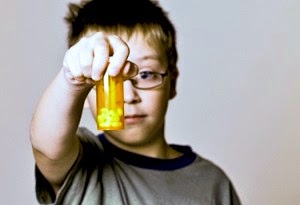 I see that stimulants help some (a lot) of people be more functional in their work or at school. But sometimes this happens at the expense of fixing the correct underlying problem (if you have a working patch, why look deeper for a cause?) and sometimes at the expense of relationships (stimulants can sometimes make people more volatile and less compassionate). I have found stimulants more times than not to be a crutch for something else that has been missed, problems that affect attention and focus. For example, more than 50% of the 20-30 year olds asking for stimulants have not done any regular exercise or sports / strenuous activities in the past 3 months and never do any as long as they have their stimulants. Similarly, sleep problems, anxiety problems, diet / nutrition problems, and alcohol problems are what I see as hidden below the surface. Since I don't work with young kids, so I can't comment on this population.

"So what do we have? An active, externalizing, narcissistic, and participatory child. Remember, there are no pejoratives associated with these qualities. This type of constellation generates the attributes of leaders and athletes. In many cultures these children are valued rather than devalued. They grow up to be fun energetic people. They may show behaviors that get them called ADHD, but they are normal kids. They are easily bored, need to run around a lot, and may have short attention spans, except when they are interested. These actually are stereotypical boys. They can be fidgety and impulsive and may concentrate poorly, but there is nothing wrong with them.

In the context of deprivation and abuse they may be prone to spin out of control. They may act out more and blame and fight. This may be a signal that something is problematic in the family and needs to be attended to. Many families don’t like to hear this, but the attention deficit may mean that the parents are giving insufficient loving attention to the child."

For the past forty years I have been a psychiatrist in private practice in Lexington, Massachusetts. During this time, I taught and supervised at the Department of Psychiatry at The Cambridge Hospital, Harvard Medical School. There, I pioneered Community psychiatry, where I developed the North Cambridge Psychiatric Team in a housing project, which became the model for the rest of the department. In addition, I was deeply involved in the treatment of the schizophrenias and deinstitutionalization. While continuing to teach and supervise, I decided to leave academic psychiatry to devote myself to my work with patients, where I developed and practiced the Psychotherapy of Character. This was balanced with the living of a life—as a husband and father, with an active participation in the arts, and a love and curiosity about nature and life.

Now that my children are grown, I have turned my focus outwards again. For many years I have been troubled by the rapid and tragic degeneration of my field. Contemporary psychiatry has fallen under the sway of biological psychiatry, where patients no longer receive proper care. Today’s commonly held and misguided belief is that human suffering is a brain problem. And the cure for human pain has been reduced to a pill, as if pharmaceuticals address the agency of human suffering. Human struggle is not now, nor ever has been a brain problem. It is a human problem, pure and simple. Psychotherapy has become a lost practice.

Recently, there has been a growing number of critiques about pharmaceutical psychiatry’s corrupt and destructive practices. I address these issues with a constructive presentation of an alternative understanding and practice, which I put into book form, The Psychotherapy of Character, The Play of Consciousness in the Theater of the Brain, written as a narrative. It tells the story of my patient Eddie from his conception through his adulthood culminating with the story of his psychotherapy. It presents a new paradigm, a unified field theory of human consciousness, that encompasses psychiatry, neuroscience, dreams, myths, religion, and art, all elements of the same thing. The central paradigm is that consciousness is organized as a living drama in the theater of the brain. The ‘play’ is an entire representational world which consists of a cast of characters, who relate together by feeling, as well as plots, set designs, and landscape. Eddie’s unique play is shown to be written by his brain, as his ‘nurture’—responsiveness, deprivation, and abuse—was digested by his ‘nature’—his genetic temperament. This paradigm is as relevant to the neuroscience and biology of consciousness and the brain as it is to my own field. It orients neuroscience understanding to its proper place, as the creator of the play in the service of our biological thriving, surviving, and propagation.

The ‘play’, in consciousness, encompasses the ineffable human mysteries—birth, death, and the disparity between our ordinary sense of self and our intimation of a deeper authenticity. It includes, as well, the dark side of our nature. It derives from and is consonant with our child rearing and culture. And finally, it holds the key to the nature of ‘beliefs’ in general. Human consciousness and human nature are one and the same. The psychotherapy of character is shown to be at one with the play of consciousness, and is the real avenue to deal with human suffering."

One of the world’s leading pediatric neuroscientists, Dr. Bruce D. Perry, M.D., Ph.D, recently stated publicly that Attention Deficit/Hyper-Activity Disorder (ADHD) is not ‘a real disease,’ and warned of the dangers of giving psycho-stimulant medications to children.
...

“If you give psychostimulants to animals when they are young, their rewards systems change. They require much more stimulation to get the same level of pleasure.

“So on a very concrete level they need to eat more food to get the same sensation of satiation. They need to do more high-risk things to get that little buzz from doing something. It is not a benign phenomenon.

“Taking a medication influences systems in ways we don’t always understand. I tend to be pretty cautious about this stuff, particularly when the research shows you that other interventions are equally effective and over time more effective and have none of the adverse effects. For me it’s a no-brainer.”

Given that the problem of ADHD is complex and the term is more of a blanket term used to describe a wide range of behavioral symptoms, it is important to consider what the root causes of many of the symptoms may be before pharmaceutical intervention should be considered. Citing potential remedies, Dr. Perry suggested an approach that focuses attention on the parents and the child’s environment, while also recommending natural remedies like Yoga, and improved diet.

One out of every ten 10-year-old boys already takes an ADHD drug daily. But the scientific father of ADHD has followed the explosion of prescriptions with growing horror. Leon Eisenberg took over the management of psychiatry at the prestigious Massachusetts General Hospital in Boston and became one of the most famous psychiatrists in the world. In his last interview, seven months before his death from prostate cancer at the age of 87, he distanced himself from his youthful indiscretion.

A tall, thin man with glasses and suspenders opened the door to his apartment in Harvard Square in 2009, invited me to the kitchen table, and poured coffee. He said that he never would have thought his discovery would someday become so popular. "ADHD is a prime example of a fabricated disorder," Eisenberg said. "The genetic predisposition to ADHD is completely overrated."

Instead, child psychiatrists should more thoroughly determine the psychosocial reasons that can lead to behavioral problems, Eisenberg said. Are there fights with parents, are there are problems in the family? Such questions are important, but they take a lot of time, Eisenberg said, adding with a sigh: "Prescribe a pill for it very quickly."

Control for these exposures (try it for a month!), consider benign functional-medicine based interventions, homeopathy, and even neurofeedback, but please consider sparing your child from the relentless cycle of medications begetting medications, long-term inefficacy, and potentially irreversible side effects.

Earlier this year, data from JAMA Pediatrics, by Liew et al sounded an alarm that eluded media attention, and certainly did not change the recommendations doled out in OB offices around the country. This prospective Dannish study found that those women who took acetaminophen during pregnancy were more likely to have children medicated for ADHD by age 7.