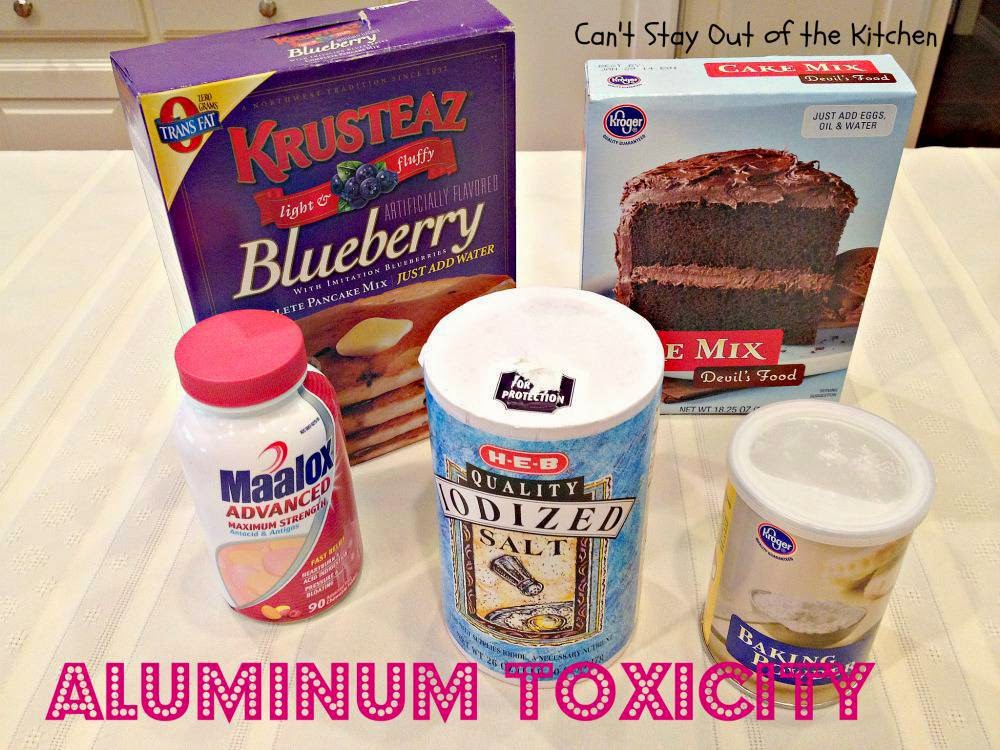 Aluminum's toxicity is well documented. It is an experimentally demonstrated neurotoxin, able to penetrate the blood brain barrier. It has been implicated in the development of the amyloid "plaques" found in the brains of Alzheimer's patients and studies have linked it to autism and other poorly understood neurological diseases such as Amyotropic Lateral Sclerosis.  It has been linked to chronic immune system dysregulation and a wide array of autoimmune diseases from type 1 diabetes to multiple sclerosis. Researchers at the Keele Meeting were discussing its role in autism, Alzheimer's and breast cancer. New research presented at the conference demonstrated that, experimentally, it can cross and damage the intestinal barrier and therefore may play a significant role in "leaky gut" syndrome underlying many allergies and autoimmune diseases.

According to Klein's study, it is a "known pro-oxidative, excitotoxic, immunogenic, pro-inflammatory and mutagenic agent." In previous studies it has been detected in various biological fluids including urine, cerebrospinal fluid, sweat and semen, and it was in this light that Klein and his colleagues set out to discover if the metal could be implicated in the mysterious modern decline of sperm.

Using semen samples from 62 patients (average age 34 years) who were seeking consultation for fertility problems in France, the researchers evaluated their sperm based on generally accepted parameters: sperm count, motility, vitality and morphology. Thirty-three of the patients were classified as having "normal" sperm and 29 exhibited at least one pathological sign: 12 had low sperm counts (oligozoospermia), 14 had sluggish sperm with reduced motility (asthenozoospermia), 5 had dead or immobile sperm (necrozoospermia) and 15 had abnormal sperm (teratozoospermia). Seven patients had sperm counts too low to allow the researchers to assess vitality and morphology

The researchers at Keele University then used high-tech spectroscopic imaging to analyze the aluminum content of semen samples. On average, they contained 339µg of aluminum/L.

"There is a lot of aluminum in human sperm," Klein told the conference - at least of those samples in the study, but analysis revealed it was statistically higher in those with low sperm count compared to those whose sperm was found to be "normal." 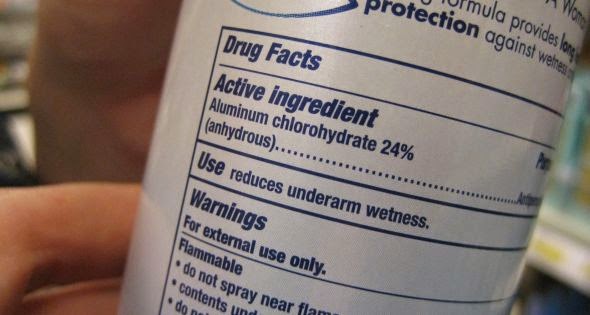 A UBIQUITOUS TOXIN
Toxic as it is, aluminum is now practically ubiquitous: it's in the air we breathe, many of the foods we eat, a wide range of cosmetics and toiletries including antiperspirants and toothpastes. It is in medicines people consume on a daily basis and most disturbingly, it is a common ingredient in many vaccines injected into healthy individuals including newborn babies.

In food, aluminum is present in preservatives, colorants, caking agents, baking powders, self-rising flour and salt. It is a contaminant from packaging such as foils, cans, pouches and from cooking with aluminum foil and pots and pans. It is present in baby formula.  Because of its dangers, the World Health Organization revised its recommended food intake of aluminum in 2008 from 7mg/kg/day to 1mg/kg/day but very few people are measuring their aluminum consumption, especially when it is rarely an itemized ingredient on food labels.  Add to that the problem that some municipalities add aluminum to drinking water in the treatment process.

Aluminum is a common ingredient in women's makeup and most people are still unaware of its presence in their antiperspirants; its absorption through skin into the bloodstream (particularly following shaving) has been demonstrated in research and a number of studies have linked this source of aluminum to breast cancer and its migration (metastasis) to other parts of the body. In 2011, the French Agency for Food, Environmental and Occupational Health and Safety recommended that antiperspirants contain no more than two percent aluminum chloride but America's Food and Drug Administration has dismissed the aluminum evidence as inconclusive and therefore many US antiperspirants contain up to 10 times as much as the French limit.

Perhaps the most significant source of exposure of humans to aluminum is medication. Antacids, anti-diarrheals and analgesics such as aspirin all contain the toxic metal and their consumption "can raise [aluminum] ingestion to several grams on a daily basis," say the researchers.

Aluminum is also a common ingredient in a wide range of vaccines from Hepatitis A and B, Hib, DTaP (diphtheria, tetanus, pertussis), meningitis C, pneumococcal vaccine, Gardasil (HPV) and more. It is also used in injectable allergy treatments. These injections each contain up to a mg of aluminum each as adjuvants united to antigens and allergens to stimulate the immune system. Scientists are only beginning to understand this stimulatory or adjuvant action of aluminum in the bloodstream but it is complex and numerous recent experimental findings of injected aluminum demonstrate that it can migrate within or attached to components of the immune system to distant body organs including spleen, lymph nodes, muscles and brain and may persist in the body for years, triggering chronic inflammation.

Earlier studies of aluminum in animal models have shown it to impact all parameters of sperm health from motility and vitality to count and morphology. Some findings suggest the type of aluminum and the mode of delivery may be significant: a 2011 study of rats ingesting aluminum daily for 10 weeks in doses up to 36.3mg/kg/day showed no toxic impact on sperm parameters, but another 2014 study showed that a single intra peritoneal injection of aluminum acetate in mice decreased sperm count and increased the number of abnormal sperm.

The images of the aluminum-laden sperm in Klein and Exley's research shows that the metal is especially attracted to certain molecules. Scientists at the Keele Conference speculated that it may be aluminum's affinity for phosphate groups that attracts it to phosphate-dense DNA. Just what the impact of this concentration of aluminum around genetic material and in the heads of sperm means in terms of sperm motility, fertilizing capacity and resulting embryo quality will be the subject of Klein's continuing research.

How to Detoxify Aluminum
Clearly, it would make sense to take steps to avoid aluminum exposure from as many sources as possible to minimize the toxic "body burden," though eliminating exposure would be virtually impossible. Chris Exley, the host of the Keele Meeting on Aluminum, has focused his research on finding ways to assist the body to excrete the metal. His research published in 2013 found that Alzheimer's patients who drank mineral waters such as Fiji or Volvic and Spritzer, which have high aqueous silica content, increased urine excretion of aluminum without compromising the levels of other essential metals including iron and copper. As well, three of the 15 subjects showed cognitive improvements in just three months after consuming the water.

What's more, according to new research from Exley's lab, subjects sweat aluminum after 30 minutes of exercise (a five-minute burst followed by 20 minutes of moderate exercise, followed by a five-minute burst). But drinking 1.5 L of silica-rich mineral water an hour before intense workouts, increase aluminum excretion in sweat up to 10-fold, according to the researchers.

These findings confirm the hundreds of studies attesting to the benefits of exercise and add one more possible explanation for the overall benefit of exercise. Other research has shown the benefit of sweating saunas can detoxify metals as well, which may include aluminum.