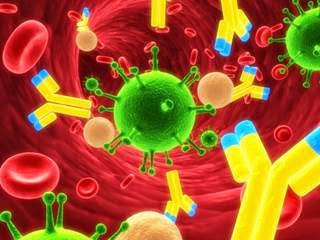 An in vitro rapid blood assay has been shown to differentiate between bacterial and viral infections with significant sensitivity and specificity, outperforming routine biomarker and laboratory tests. The diagnostic test is described online in the journal PLOS ONE.

Respiratory viruses were responsible for most cases of community-acquired pneumonia among hospitalized children, and one in four children studied had multiple pathogens, according to a study published in the February 26 issue of the New England Journal of Medicine. The new findings may redirect clinical decisions and prescriptions, according to one expert.

http://www.medscape.com/viewarticle/840562
Posted by Christopher Bray at 8:43 AM