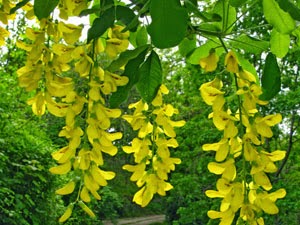 Cytisine is an alkaloid isolated from the seeds of an acacia (Cytisus laborinum), it is a partial agonist which binds with high affinity to the alpha4beta2 subtype of the nicotinic acetylcholine receptor.

Cytisine was more effective than nicotine replacement therapy at helping adults quit smoking, with effect sizes similar to those reported in trials of varenicline, according to a report published online Dec. 18 in the New England Journal of Medicine.

Cytisine is a plant-based alkaloid that, like varenicline, is a partial agonist of nicotinic acetylcholine receptors. It remains relatively unknown outside of Eastern Europe, where it has been used successfully for 50 years, the study authors noted, even though it has proved effective there and is inexpensive. Some in the medical community have called for it to be licensed worldwide as a smoking-cessation aid.

A total of 1,310 adults who contacted New Zealand’s Quitline for assistance in smoking cessation were randomly assigned in equal numbers to receive either 25 days’ worth of cytisine tablets or 8 weeks of nicotine replacement therapy (patch and/or gum) plus brief behavioral counseling. They were followed for 6 months.

Cytisine proved significantly superior to nicotine replacement therapy: 40% of patients who took cytisine reported continuous smoking abstinence at 1 month, compared with 31% of those in the control group, said Natalie Walker, Ph.D., of the National Institute for Health Innovation, University of Auckland (New Zealand), and her associates.

Patients in the cytisine group also reported fewer symptoms of tobacco withdrawal than those in the nicotine replacement group.

Among study participants who resumed smoking after completing treatment, the median time to relapse was significantly longer with cytisine (53 days) than with nicotine replacement (11 days). People in the cytisine group also reported smoking fewer cigarettes per day and found smoking less rewarding than it had been before the study, the investigators said (N. Engl. J. Med. 2014;371:2353-62).

Cytisine, also known as baptitoxine and sophorine, is an alkaloid that occurs naturally in several plant genera, such as Laburnum and Cytisus of the family Fabaceae. It has been used medically to help with smoking cessation: recent clinical trials have shown cytisine to be more effective than conventional smoking cessation aids, and it is much cheaper than similar products. Its molecular structure has some similarity to that of nicotine and it has similar pharmacological effects. Like varenicline, cytisine is a partial agonist of nicotinic acetylcholine receptors (nAChRs). Cytisine has a short half-life of 4.8 hours, and is rapidly eliminated from the body. Cytisine remains relatively unknown outside Eastern Europe despite calls for licensing worldwide because of its proven benefits, low cost as compared with other cessation medications (cytisine, $20 to $30 for 25 days; nicotine-replacement therapy, $112 to $685 for 8 to 10 weeks; varenicline, $474 to $501 for 12 weeks).

https://en.wikipedia.org/wiki/Cytisine
Posted by Christopher Bray at 1:00 AM