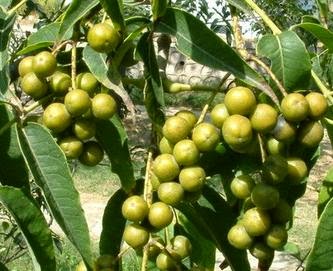 Diabetes, dyslipidemias and cardiovascular conditions
During the last few decades, many studies have shown berberine has various beneficial effects on the cardiovascular system and significant anti-inflammatory activities. A Canadian report suggested berberine can effectively reduce intracellular superoxide levels in LPS-stimulated macrophages. Such a restoration of cellular redox by berberine is mediated by its selective inhibition of gp91phox expression and enhancement of SOD activity.

Berberine exerts up-regulating activity on both the low-density-lipoprotein receptor (LDLR) and the insulin receptor (InsR). This one-drug-multiple-target characteristic might be suitable for the treatment of metabolic syndrome.

Berberine might exert its insulinotropic effect in isolated rat islets by up-regulating the expression of hepatocyte nuclear factor 4 alpha, which probably acts solely or together with other HNFs to modulate glucokinase activity, rendering β cells more sensitive to glucose fluctuation and to respond more effectively to glucose challenge.

Berberine seems to inhibit human dipeptidyl peptidase-4 (DPP4), as well as the prodiabetic target human protein tyrosine phosphatase 1B (h-PTP 1B), which explain at least some of its antihyperglycemic activities. Berberine suppresses intestinal disaccharidases with beneficial metabolic effects in diabetic states.

A recent comprehensive metabonomics method, applied to 60 type 2 diabetics, suggested administration of berberine down-regulates the high level of free fatty acids which are known to be toxic to the pancreas and cause insulin resistance. These results suggest berberine might play a pivotal role in the treatment of type 2 diabetes, concluded the authors.

Berberine has been shown to boost the effects of metformin and 2,4-thiazolidinedione (TZD), and can partly replace the commercial drugs, which could lead to a reduction in toxicity and side effects of the latter.

Lipids
Berberine lowers elevated blood total cholesterol, LDL cholesterol, triglycerides and atherogenic apolipoproteins (apo B) (Apo B), but the mechanism of action is distinct from that of statins. Berberine reduces LDL cholesterol by upregulating LDLR mRNA expression posttranscriptionally while downregulating the transcription of proprotein convertase subtilisin/kexin type 9 (PCSK9), a natural inhibitor of LDL receptor (LDLR), and increasing in the liver the expression of LDL receptors through extracellular signal-regulated kinase (ERK) signaling pathway, while statins inhibit cholesterol synthesis in the liver by blocking HMG-CoA-reductase. This explains why berberine does not cause side effects typical of statins. Berberine and plant stanols synergistically inhibit cholesterol absorption in hamsters.