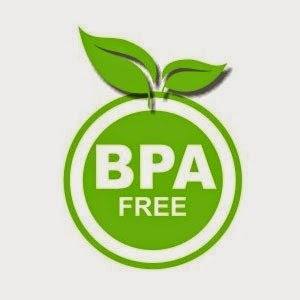 Many of us have read the studies about bisphenol-A, and know the chemical is best avoided when it comes to drinking containers, baby bottles, canned foods and thermal paper.

The chemical, also known as BPA, has been linked to everything from obesity and diabetes to attention-deficit disorder and asthma. When a slew of new products branded "BPA-free" hit the market amid public outcry a few years back, many thought the problem solved.

But a damning new study from scientists at the University of Calgary has found that the supposed remedy -- a chemical similar to BPA called bisphenol-S -- may be just as bad for your health. The researchers, including corresponding author Dr. Deborah M. Kurrasch, end the paper urging for "a societal push to remove all bisphenols from our consumer goods."

Traces of BPA were found in 90 percent of urine samples taken from a group representative of the American population, the The Centers for Disease Control and Prevention found in a 2009 report, illustrating the widespread use of bisphenols in everyday products.

After several states imposed bans on the use of BPA in baby bottles, many companies voluntarily removed the chemical from their products. Some replaced it with an unknown alternative, later revealed to be bisphenol-S. Many consumers assumed products were safe after being stuck with a "BPA-free" label.

"Everybody thought it was a big victory," Kurrasch told The Huffington Post. "Maybe they didn't think they needed to look into it further."

But the study, published this month in the Proceedings of the National Academy of Sciences, found that BPS exposure affected prenatal neurodevelopment in zebrafish as much as BPA. The research suggests that pregnant women should be particularly mindful of their exposure to BPA and BPS throughout gestation. BPS itself is found in trace amounts in 81 percent of the U.S. population, the study says.

The American Chemistry Council has already raised objections to the study’s use of zebrafish -- which share 80 percent of their genes with humans -- and said we are exposed to only “trace levels” of BPA that our bodies effectively remove through natural processes, according to The Washington Post.

“Although the authors attribute great significance to their results, it would not be scientifically appropriate to draw any conclusions about human health based on this limited experiment,” said Steven G. Hentges of the council’s Polycarbonate/BPA Global Group.

Kurrasch said that despite ongoing coverage about BPA and its effects, the public's appetite to know if their products are safe is still strong, and more work needs to be done examining the long-term impact to humans after exposure to bisphenols.

Even though there is a growing opinion among some scientists that the chemical may be harmful to humans, the FDA reiterated its position late last year that BPA is safe to use in cans and beverage containers. The agency also rejected a complete ban in food packaging in 2012.

The results? Nearly every plastic product they tested leached EA (estrogenic activity) chemicals. Some BPA-free products actually released more EA than other plastics. That included eco-friendly plastics made from plant products, which apparently released EA due to the additives used.

The results showed abnormally timed growth of neurons in the embryos, the same growth surges found when embryos are exposed to BPA. The disruption of prenatal cellular activity appeared to result in hyperactive behavior. In fact, early abnormal growth of brain cells was specific to male hormones, perhaps indicating why more boys than girls are diagnosed with certain neurodevelopmental disorders.

Researcher Deborah Kurrasch was surprised by the results, especially since the dose used was “a very, very, very low dose, so I didn’t think using a dose this low could have any effect.” Another researcher in the study, Hamid Habibi, said “Finding the mechanism linking low doses of BPA to adverse brain development and hyperactivity is almost like finding a smoking gun.” They recommend pregnant women limit their exposure to products containing bisphenols and say this and other studies support removing bisphenols and structurally similar chemicals from consumer products.

Ninety percent of Americans show trace amounts of BPA in urine, breast milk, and umbilical cord blood. Why are potentially dangerous plastics used in toys, food packaging, and beverage cups (as well as in healthcare)? The  Food and Drug Administration considers compounds safe until proven otherwise

http://www.mothering.com/articles/bpa-free-plastic-evil/
Posted by Christopher Bray at 12:36 AM